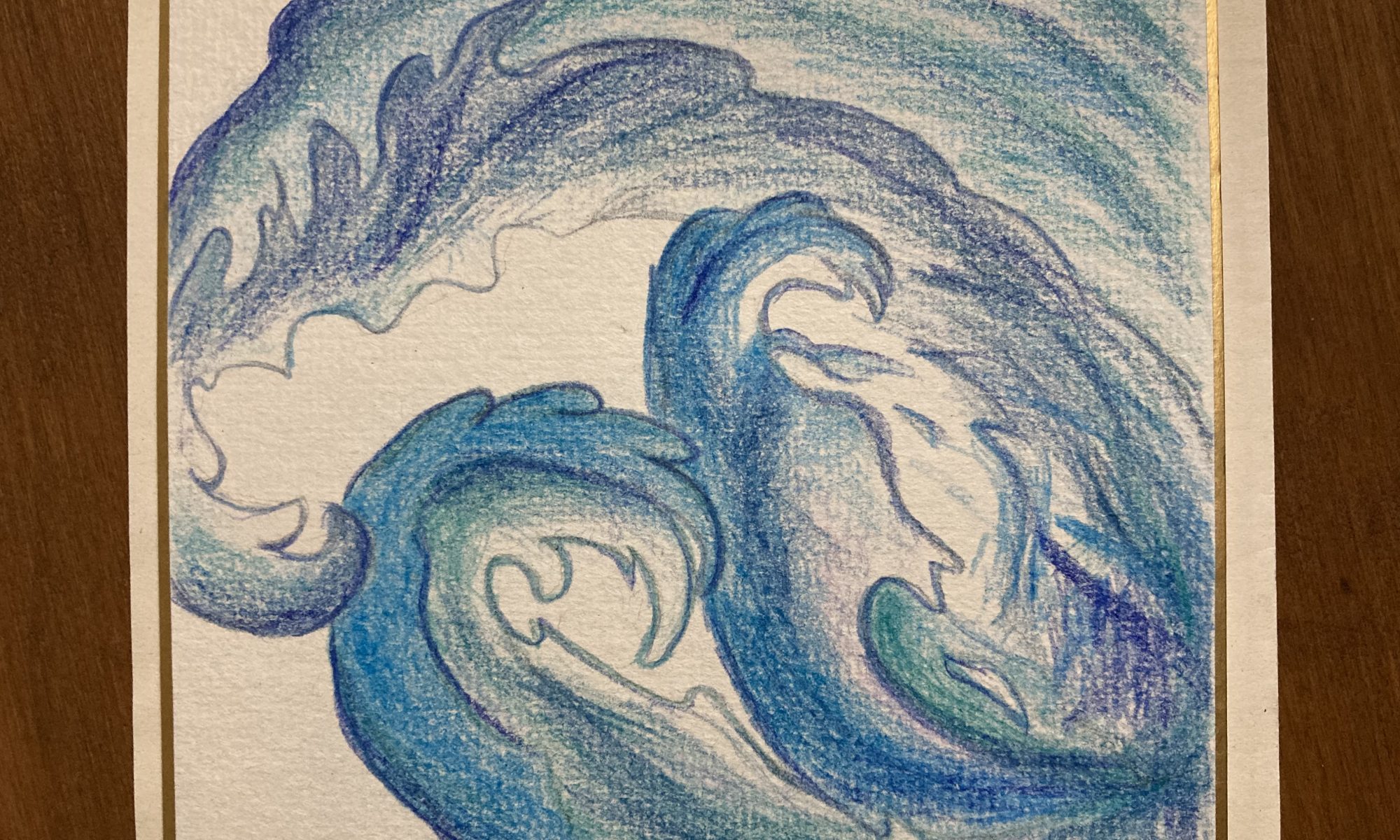 I had a dream. A dream of waves. It was somewhere in Georgia. We had promised to travel there. Together.

In my dream, I was to get a vaccine. A lot of people were in a line, waiting for their order. Everyone was waiting in silence. There were students around me. The place looked like a school.

After getting the vaccine, I went out from the rear entrance. There was an avenue with ginkgo trees standing on both sides. Yellow leaves were scattered on the asphalt. Under the golden leaf fall, people walked along the avenue.

We were climbing the mountain. The slope was not hard, so people enjoyed walking, chatting with each other. Except for me. I was worried about the cars passing through the road.
One of the cars went through so closely to people that it almost crush a woman! But she took little attention to the danger and kept chatting with her friends as if nothing had happened. In fact, nothing did.

The road finally reached a town, there I saw the sea. The sea had no water. No sound of waves. No smell. At first I thought it was a painting. Inside the painting, children were running between the waves. Then, I found it an artistic architecture.
Every wave was covered by blue and white tiles. It must be heavy and hard. At the same time, it looks like a wing, hovering in the air.

“Great.” I said.
My friend agreed.
Until that moment, I had hardly noticed that she had been with me. From where? I don’t know. But she was there. We were in Georgia.