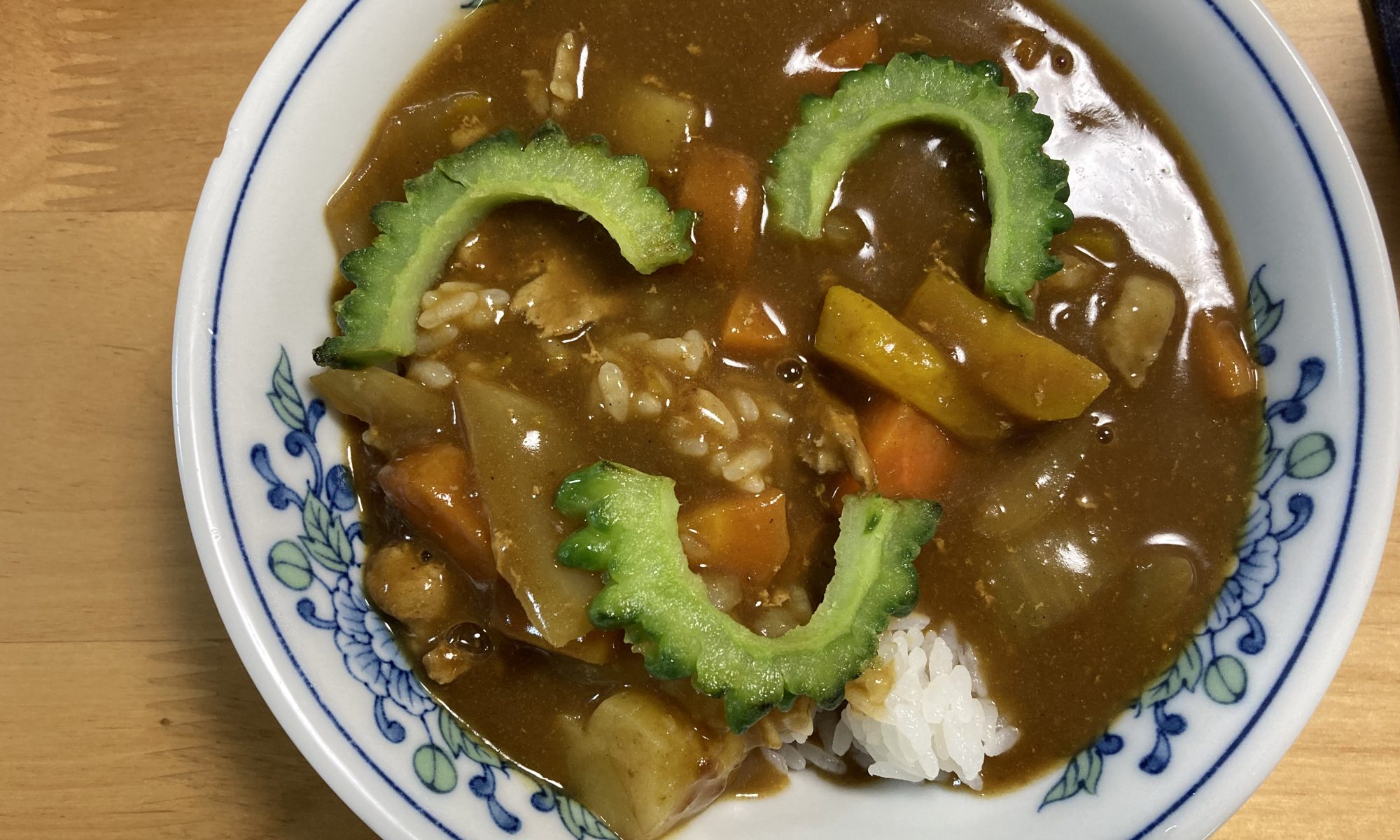 On the day when I broke the knife, my boyfriend’s tooth filling came out. It was not because of the curry I cooked. He had got the tooth filling out while he was eating lunch.
When I was cooking curry for dinner, I noticed the jagged outline on the edge of the knife. It had occurred when I was trying to cut off the calyx of pumpkin, I thought.
I was looking for the missing piece of the knife for almost half an hour. But it was too late. I had already put all the ingredients into the pan. The white ceramic fragment was easy to miss among the onions.
Nowhere to find.

My boyfriend got home and soon went out to see a dentist. Hardly had ten minutes passed when he came back home again. Unfortunately, the dental clinic was closed.
“Does your tooth hurt?” I asked. He said, “No.”
Then, we ate curry and rice.
“Be careful of your curry. A piece of knife might be mixed in it.” I told him.

While we were eating, I was very anxious. I reminded him of the potential danger again and again.
Though every spoon can contain dangerous cutlery or though the tooth filling is missing, his appetite didn’t decrease at all. He continued to eat at the usual pace, with a comic book in his hand.

I don’t understand why so often he gets his tooth fillings out of the place. It’s not the first time as long as I remember.
“Haven’t you ever been your tooth filling missed?” He asked me.
“No. I have no tooth filling. I have never got a bad tooth for over 10 years.”
There’s a gap between the strengths of our teeth.
Anyway, I learned one thing: Both the ceramic knife and teeth fillings don’t last long.

The fragment of knife didn’t appear, after all. We ate the horrible curry without leaving even a bite.
Next day, I bought a steal knife, which won’t be chipped.